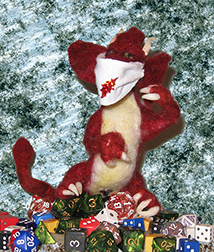 We want you to feel secure attending DunDraCon 45. We need to have precautions in place to provide as much safety as possible for our staff and attendees.

The Santa Clara Marriott is much larger than our previous home in San Ramon, and there will be many people in the hotel for reasons other than DunDraCon who do not have to follow our protocols.

We will require proof of completed vaccinations for everyone attending DunDraCon 45. As DunDraCon is a social event, there will be no exceptions due to medical, religious, or personal preference.

We will not accept test results as an alternative. A test result only tells your status as of the time you took the test â you might be sick three days later.

Please be aware that unvaccinated children will be unable to participate in Kids Room or other DunDraCon activities. We regret this, as we value our young gamers and donât like to have to exclude them from playing.

Masks will be required of everyone over the age of 2 years while in convention venues, which consist of any rooms in which we are holding events or conducting business, or adjacent corridors.

We've thought it over. This is what we need to do. We really will miss anyone who cannot attend DunDraCon 45 because of this policy, and look forward to seeing everyone again at future DunDraCons.

Memorials are a time to reflect on the wonderful people who touched our lives. Steve Perrin passed on August 12, 2021, and is remembered by his friends, fans, and colleagues.

Steve was a master of storytelling and an inspiration to game designers and authors everywhere. Spreading wisdom, kindness, and an infectious sense of fun wherever he applied his attention. For some, he was also a loyal and dear friend who mentored our careers and helped us to reach our potential. As one of the early founders of the SCA (Society for Creative Anachronism) he embraced historic lifestyle skills and community. As one of the founders of DunDraCon, he helped conceive and provide an annual event for tabletop gamers, role-playing, and live-action costumed play. Something that decades later continues to grow and flourish.

As a game designer he worked for many tabletop and video game companies doing system design, adventure design, and writing. He is well known for his RPG work at Chaosium, TSR, FASA, West End Games, and other publishers. Steve combined with Greg Stafford to create RuneQuest and he was also the author of Superworld. Steveâs Perrin Convention rules were used by many DunDraCon attendees as âhomebrewâ rules for our D&D adventures. Hardly a computer role-playing game exists today without using Mana (or Spell Points), which was invented by Steve.

We will dearly miss Steve. He was a caring and friendly person who enjoyed connecting with others. Perhaps he will be remembered most for how his life has impacted our lives and the very things that we love and hold in our hearts. His tradition will carry on in all the things that his imagination has influenced. We hope to see you all at DunDraCon 45 in February 2022 â affectionately the âPerrin Convention.â

Steve dearly loved his wife Luise, who last year became ill and has needed hospice care ever since. To help cover those costs Steve started a GoFundMe page â if you wish to honor Steve & Luise you can contribute at: Care for the Phoenix (gofundme.com)