This will be our 6th year of the amazing DunDraCon Protospiel. As always, we will have dozens of game designers and many of them bringing multiple prototype games. These are original, unpublished, board games, card games, and role-playing game designs you can't buy in a store yet. The designers are looking for your player feedback and your uncanny way of breaking their rules. This 4-day Protospiel game event will have: sponsored prizes, daily raffles, snacks, and the chance for all DunDraCon members to test out next yearâs greatest games.

Any convention member, from veterans to rookies, can bring in their unfinished tabletop games for testing, feedback and refinement. Your games can be at the very earliest prototype stage, or polished and ready for BETA testing. We welcome all game designers and types of games. You can expect playtesters from the hundreds of eager DunDraCon convention members to provide useful feedback for your game. Test new player experience, rules comprehension, systems balance, fun factor, engagement, art direction, and all aspects of your game design. Tables are open in a first come, first serve, basis.

All DunDraCon members can participate in the exciting games and get a chance to meet the incredible designers. While playing you provide useful feedback and unique insights for consideration in the design of an unpublished game. Playtesters can just drop-in, meet a designer, and play any game that has space at any time. Your participation will not only gain you the gratitude of the game designers for your favorite genres, but also tickets to win prizes donated by the DunDraCon Protospiel sponsors. No sign-ups, no need for game registration, and likely no waiting as new sessions are starting all the time. If a game has a rule you really don't like or didn't understand, for once you can say so, and help influence better games! Of course, because you are playing a game with its designer, you will probably learn more and faster while helping them out.

Besides prizes, snacks and fun games you will also be part of this amazing collection of great players and designers supporting tabletop game development.

Remember, all designers are also expected to spend time testing other designer's games. This is a way of paying back and paying forward for the help you will be getting back. If you can't find an empty spot to run your game, ask the friendly Protospiel staff to help you locate a table. Be kind to other designers and don't hog tables for extended sessions.

If you want to request room in the protospiel lounge, click this button: 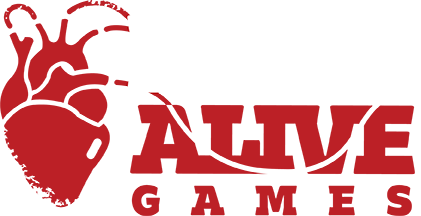 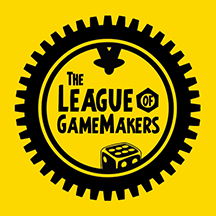 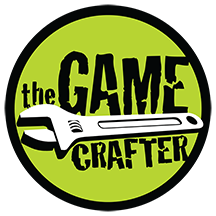 Emotional Wreck
Play cards to cause different effects while collecting a set in your hand.

Biographical Notes: I am a programmer, artist and a board game hobbyist. I used to create board games all the time and think that some of them would be fun to share. I would like to get as much feedback for my games as possible so one day I can bring them to even more people.

Lunar Rush
Simultaneous worker placement game for 1-4 players where you build a Moon base and ship items to and from Earth for massive profit! Includes bidding, tableau building, and market pricing.

Biographical Notes: This is the first game I have created that I plan on moving forward with and publishing. I have always loved rpg's and card games but am fairly new to getting myself out there and joining the community.

Biographical Notes: Software engineer who has been active in Bay Area playtesting and design for several years.

Biographical Notes: Freddy Hansen is a game designer living in the San Francisco Bay area. He has hosted regular game nights for his friends for over 25 years and has designed his own games since high school. When he is not playing or designing board games, Freddy works as a research physicist. He has experience in plasma and nuclear physics, astrophysics, air and space tech, medical tech, robotics, and more. He's the author of dozens of peer-reviewed papers and patents, and the co-creator of a popular college-level physics textbook.

Biographical Notes: First game. Have been play-testing, developing with friends over the last 3 years.

Dune Empires: Great Houses of the Imperium
A highly interactive, asymmetrical, sandbox style game set in Dune universe. Lead a Great House and forge an empire through conflict, negotiations and schemes as you fight for control of Dune and complete missions.

Biographical Notes: Designer and publisher of the Crazier Eights games.

Crazier Eights: Arcadia
A gateway fantasy card game inspired by Greek mythology. There's Hades, Persephone, Medusa, and more! Every card can be played for an ability. The first player with zero cards in hand wins. One deck is enough for four players.

Progress and the Nation
Progress & the Nation is a primarily economic civilization development game with no player elimination. You as the administrator direct bureaucrats to mobilize population, which in turn builds the nation.

Biographical Notes: Designer of Stockpile, The Reckoners, CrossTalk and PinPoint.

Biographical Notes: We've spent a year developing and playtesting this game and we're almost ready to package it for selling, but we could really use a bit more feedback from experienced gamers!

Gadget Grid
A fast-paced free-for-all for 2-8 players. Collect gadgets and kill everyone before they kill you - or after, if you must!

Biographical Notes: Stephen Schwartz: First-time game designer and publisher who has been designing games since 2019. Love everything fantasy! Floyd Lu: Designer of Refuge, Refuge Terror of the Deep, Noises at Night, and more. Local Bay area designer who is a mentor and codesigner of Slash & Spells.

Slash & Spells
Slash & Spells is a Hero Building Battleground. Embody your Legendary Hero and grow your unique abilities using magical Relics across the realm. Command clever card play and take ever-evolving heroic actions. How will you build your Victory?

Biographical Notes: I've been designing games since 2017, but I am as yet unpublished.

Ghost Ship
The year is 2385, and you are mercenaries for hire. Investigate a derelict starship, eliminate any dangers and keep the salvage crew safe. Where did all the passengers go?